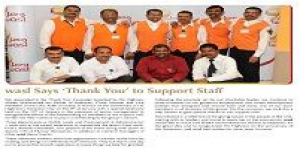 We responded to the ‘Thank You’ Campaign launched by His Highness Sheikh Mohammed bin Rashid Al Maktoum, Prime Minister and Vice President of the UAE, Ruler of Dubai, in honour of the anniversary of His Highness’s Accession Day on the 4th of January with a special ceremony held on the 10th of January in the presence of senior management to recognise the efforts of the hardworking 45 members of our support staff, for the role they continue to play in contributing to the group’s success. Three departments – AMSS, Lands and Procurement & Administration – took part in the award ceremony to appreciate the team’s hard work. COO, Abdulla Obaidalla, was present at the event along with Jasim Al Jassmi, GM of Human Resources, in addition to General Managers of other wasl departments. These unknown soldiers aid in our organisation’s success at the front by making sure things run efficiently from the back. 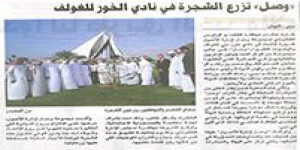 In response to the initiative of His Highness Sheikh Mohammed bin Rashid Al Maktoum, UAE Vice President, Prime Minister and Ruler of Dubai; wasl announced that it planted a Union Tree yesterday afternoon on the occasion of the UAE’s 41st National Day celebrations, at the Dubai Creek Golf and Yacht Club, part of wasl’s portfolio of assets.The event was attended by His Excellency Mr. Hisham Abdullah Al Qassim, CEO of wasl Asset Management Group, together with a group of senior managers and executives.This move comes within the framework of many initiatives from past to present that highlight wasl group’s commitment to uphold its corporate social responsibility – even though the company is still young, having been founded in 2008.

wasl Asset Management Group, one of the largest real estate management companies in Dubai, today announces that it will be sponsoring the World Energy Forum (‘WEF’) This conference, normally held at the UN Headquarters in New York, will be held this year for the very first time outside the US and in Dubai. WEF will play a major role in the global sustainability debate, looking for progress towards cleaner, safer and more sustainable energy. One of the primary objectives will be to chart a roadmap for a sustainable energy mix that can drive global economic and social development. As one of the largest landlords in Dubai with over 25,000 real estate assets managed on behalf of Dubai Real Estate Corporation and other corporate and individual owners, wasl is committed to sustainable business practice. Despite being a young company formed in 2008, wasl has a strong focus on environmental and green initiatives. 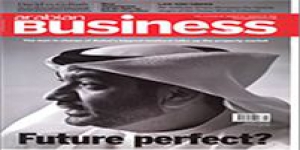 It’s the million-dollar question. Has the Dubai property market turned a corner? Hesham Al Qassim pauses and his face breaks into a wide smile. “What do you think?” he asks. I mutter something unintelligible about increased demand for premium areas of the city.Al Qassim’s smile widens. “The market is starting to roll over again,” he corrects me. “I think it’s the right time for it. The market has to move at some point; it’s four years from the time that everything started to slow down, and I think that prices have gone below the right level. It’s the right level to buy again.”It’s fair to say that nearly every self-proclaimed expert has had his opinion on the state of play in Dubai’s real estate market since the bubble burst in 2008. But then again, Al Qassim is in a far better position than most to give a transparent assessment. He is the CEO of Wasl Asset Management, which looks after the property portfolio owned by the government’s Dubai Real Estate Corporation (DREC).